Well, the Olympics are over, and even though Matt and I only caught snippets of the action in London (one of the downsides to having no TV), I'm already going through the early stages of UK withdrawal. 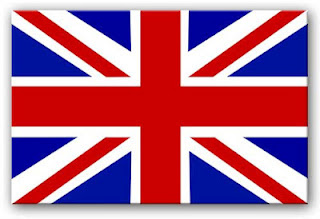 I know things have been a little Brit-centric around here lately, but there's good reason for it - beyond the infectious display of Olympic spirit. You see, while the rest of the world turns its attention away from the UK, in the coming weeks I'll be focusing on that lovely corner of the world more than ever. As the athletes fly back to their respective countries and the ink dries on London's Olympic headlines, the headlines on The Traveling Spoon will be zeroing in on all things British.

The Traveling Spoon is going to England!!!!!

And we're not just talking about a two-week jaunt: I'll be relocating with one suitcase, my computer, a few books and this blog for the next 9-11 months!

Those of you who've been following along for a while might be a little confused; I've mentioned that Matt is scheduled to deploy for Afghanistan soon...and he's still going. The only thing that's changing is that I'll be using our year apart to attend grad school at the University of Cambridge.


As you might have guessed, this plan has been in the works for a while - and keeping it under wraps this long has been one of the hardest things I've ever done! I've talked about going back to school for the past few years, but when I submitted my application back in January, I really had no idea that I would be accepted, find funding, and actually end up, seven months later, packing all my worldly goods into a single suitcase for a year abroad.

It may sound hopelessly romantic, but sometimes the prospect is as daunting as it is thrilling. Preparing for a military deployment is challenging for any couple, but it's an entirely different experience when both parties are relocating within weeks of each other (on the bright side, the time difference will be less). Over the past few months, I've struggled to balance school work with deployment preparation, trying to carve out time for preliminary studies while preserving some quality time and making memories with Matt before he leaves.

While I've been stockpiling warm sweaters and potentially useful manuscripts, Matt has been spray-painting his name onto an endless array of military supplies. While I've been dropping useful gadgets into our large, blue suitcases, Matt has been filling olive-drab A-bags with issued gear. Usually my pre-deplyoment activities consist of researching what can and can't be sent by post to Afghanistan, not ferreting out the most competitive British banks and cell phone plans.

Which brings me to another important point. Much like this blog, Matt's past deployments have been fueled by baked goods and tasty treats in regular installments. During the last deployment cookie-filled packages arrived with absolutely regularity, but that's not likely to be the case with this one. While I haven't been allocated lodging yet (I'm still waiting for the student visa that will allow me to stay in the UK for a year) the likelihood that it will come with a kitchen is very, very small. I'm crossing my fingers for at least a hot plate of sorts, but it's possible that for the next 9-11 months, The Traveling Spoon could have a lot more traveling and a little less spoon!


I hope this won't deter you from following along. At the very least, I'll be eating my way through one of Britain's most beautiful university towns, and possibly lifting the veil a little on my experiences as a Cambridge graduate student. As much as I'm aware of the challenges of this trip, I'm also incredibly excited about it - especially now that I've finally had the chance to break the news - and I hope you'll be excited about it too!

Since Matt and I are counting down the days to his departure, I might not be as much of a presence on the blog as I'd like over the next fews weeks. Rest assured, though, that I'll be back to take you all in my suitcase on this English adventure! Before you know it, we'll be saying 'Cheerio' to Kentucky and a sweet hello to Cambridge!
Posted by Rachel at 7:47 AM

Email ThisBlogThis!Share to TwitterShare to FacebookShare to Pinterest
Labels: Best of British, England

Rachel
I'm a writer, a reader, a traveler and an eater and this is where all my interests intersect!